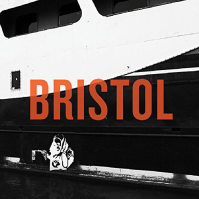 Bristol’ is the debut album from Nouvelle Vague co-producer, Marc Collin’s new project of the same name and is due for release on 4th May 2015. It features fourteen tracks taken from or inspired by the trip hop era and reworked in a 1960s film soundtrack style, injecting some inherent French finesse along the way. Reinterpretations include ‘Roads’ by Portishead, ‘Overcome’ by Tricky, ‘No Justice’ by Smith & Mighty, ‘Safe From Harm’ by Massive Attack and ‘All Is Full Of Love’ by Bjork. As with Nouvelle Vague, they are sung by a selection of talented young French singers, including Yasmine Hamdan who featured on the soundtrack for Jim Jamusch’s film ‘Only Lovers Left Alive’ track listing is as follows: Collin is a massive fan of the Bristol sound of the early nineties that was labelled trip hop, the genre that went on to influence two generations of music and continues to do so to this day. His vision was to re-imagine his favourite songs from this era as sixties movie soundtracks – and this is what he’s does with the Bristol project. Nouvelle Vague shot to fame in 2014 with an album of mostly British post punk covers reworked in a Bossa Nova style, including ‘ Too Drunk to Fuck’, ‘Guns of Brixton’ and ‘Just Can’t Get Enough’. With three albums, a million record sales and over 600 gigs in the last 10 years, the band are still touring and have a massive worldwide following.