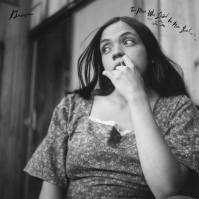 THE MAN WHO DIED IN HIS BOAT

This album feels like a walk through the park on a foggy winter’s day, when stunted leafless trees appear out of the mist and loom over you as you move forwards. Grouper is the work of Liz Harris from Portland and this album is a collection of unreleased songs recorded at the same time as the ��Dragging a Dead Dear up a Hill’ record. They relate to a teenage memory of a wrecked sailboat washed up on Agate Beach abandoned, as she states “It was impossible to know what had happened. The boat had never crashed or capsized. He had simply slipped off somehow, and the boat, like a rider less horse, eventually came back home.”

The music is low and melancholic; it has electronic ambient washes of sound that coat the album like a watercolour background, flowing over and around all of the music to create a very intimate and beautiful record. The feeling of tides and water is sprinkled across the album; the music seems to breathe in and out especially when Grouper leaves the guitar aside.

Over the top of the ambience there are more traditional sounding songs with acoustic guitar and Groupers dreamy, always perfect vocal. Others use her voice as another layer on top of the sound to add another dimension to what has already sucked you in and left you breathless.

This music has been unreleased for almost five years by my reckoning, yet it sounds vital and fresh. The Man Who Died in His Boat’ is a truly beautiful and mesmerizing listen. One for the days or nights when you want to drift away into the sky. Grouper has created a sound that is hard to get away from it creeps into the cracks in the walls and seeps under the floorboards. The sense of loss and melancholy that she has crafted is the equal of anything released last year and probably through 2013.