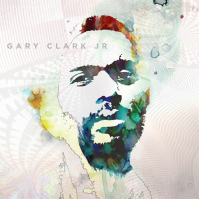 Make no mistake, Gary Clark Jr.'s major-label debut aims to introduce the Austin-based blues luminary to the widest possible audience, but which Gary Clark Jr. do you want to meet? The forceful stylist, sent to enrapture long-suffering blues fetishists? The cunning neo-soul charmer who's played sidekick to Alicia Keys? How about the "New Hendrix" that rock critics spent the past year stammering over? Or perhaps the heir apparent to garage-rock breakouts like the Black Keys or White Stripes?

Depending on where exactly you sink into Blak and Blu, you might encounter any or all of the above; this collection places Clark among the most promising and unpredictable artists to break out of Austin's fertile scene in years.