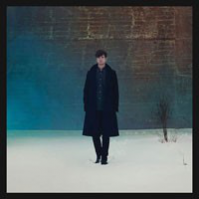 Two years after his debut album took UK bass culture down previously unimagined roads of introspection, James Blake returns with the epic ‘Overgrown’, an incredible album that sees James growing as a singer and songwriter while at the same time returning to the brain melting electronic perfection of his early releases on Hemlock and Hessle, moving way beyond any post-dubstep pigeonholes to include stunning reinterpretations of both hip-hop and house.