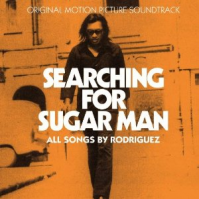 As the sixties came to a close in 1969 Mexican-American singer songwriter, Sixto Diaz Rodriguez was on the verge of something great. Following a brief and unsuccessful stint with local label Impact Records, the Detroit native had signed a new deal with fledgling Sussex Records and was about to release his debut record Cold Fact. Despite the initial promise of greatness and the quality of the record, Cold Fact was a commercial failure on its release in 1970. When his 1971 follow up record, Coming From Reality also failed to connect Rodriguez left Sussex Records and returned to family life in Detroit working in construction, teaching and even a career in local politics. It seemed as though Rodriguez and his music had disappeared in to obscurity. Thankfully this is just the first chapter in his remarkable story. A few years later and unbeknown to Rodriguez, Cold Fact had become a word-of-mouth, cult classic in Australia and New Zealand. The renewed profile of his music resulted in a 1979 and 1981 tour of Australia supporting Midnight Oil, Men At Work and Split Enz. But it was to be South Africa and in the homes and hearts of the anti-Apartheid liberals that Rodriguez would really strike a chord and achieve the superstar status that alluded him on home soil. Amid wild and fantastical stories of his â€˜disappearanceâ€™, some even involving an alleged on-stage suicide, two South African fans set out to find out what really happened to their hero, and their investigation led them to a story more extraordinary than any of the many myths theyâ€™d heard. Their story forms the basis of Searching For Sugar Man and one of the greatest accompanying soundtracks of all time.