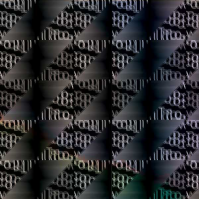 Portico Quartet still sound like nothing you ever heard before. The Mercury nominated East London based outfit's unique music has expanded to embrace new sonic territories, drawing on the inspiration of electronica, ambient, classical and dance music as they take their strange, beautiful, cinematic, future music to exciting new vistas. Their new album 'Live/Remix' is a double album offering a unique insight into two distinct parts of the band's personality. "Live" catches the band live on tour in 2012 and features tracks from last year's eponymous album, 'Portico Quartet', as well as new arrangements of old favourites 'Clipper' and 'Dawn Patrol'. "Remix" offers a further insight into the band's music. Curated by Portico Quartet it features mixes of their music by some of the band's favourite producers and DJs. Will Ward (1/3 of electronica outfit Circle Traps and a producer in his own right), SBTRKT, Luke Abbott , Scratcha DVA, LV and Konx-om-Pax all contribute as well as the band's own remix of 'Steepless'.