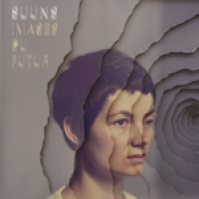 Montreal's Suuns spent the winter and spring of 2012 writing and recording Images du Futur. Their sessions were concurrent with the Quebec student protests that started in February of 2012 and continued through September of this year. Set against a backdrop lead singer Ben Shemie calls "a climate of excitement, hope and frustration," Suuns aimed for an expansion of the musical ideas on their critically accalimed first record, Zeroes, QC.
Images du Futur builds upon the intensity of their debut, but often does so through new textures and subtler dynamic maneuvering. Album standout "Edie's Dream" begins with a single bass line repeated from which layers build & rise -- first drums, then a wash of white noise; echoes of guitar, then chanted vocals. The song's clever shifts are jazz-touched and delicate, almost subliminal. It all makes for a stark, skeletal boogie -- more an astral projection than a song. "Edie's Dream" exemplifies the restraint of which Suuns is capable and works to make the unhinged moments all the more devastating.
Lauded by Pitchfork and NME -- the former saying "few bands this young are operating on quite this scale, and fewer still have the brass-- and the patience-- to pull off a big, glitzy, complex record like Zeroes QC," and the latter declaring them 2011's Best New Band -- Suuns have deepened their approach, using minimalist techniques to create maximalist works. Produced once again by Jace Lasek from Besnard Lakes, Images blasts out of the gate with "Powers of Ten," laying out a sort of manifesto for the record in the very first lines: "Got it together/I read in the paper/all of theses strangers/stranger and stranger.../No, no, no, no, how you try and remember/how all of these pieces/all fit together." Shemie says of the process, "As a band we were trying to look at our music from further and further away, seeing more details in the picture as we expanded the landscape."