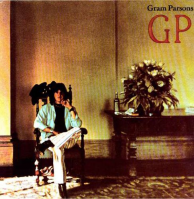 American singer, songwriter, guitarist, and pianist Gram Parsons has been credited as being the pioneer of â€˜country-rockâ€™, becoming an inspiration for artists such as Elvis Costello, Mick Jagger and Dwight Yoakam. Since his unfortunate death in 1973 he has been acknowledged as an extremely influential artist, and responsible for kick-starting the career of one of the worldâ€™s biggest country icons, his duet partner Emmylou Harris.