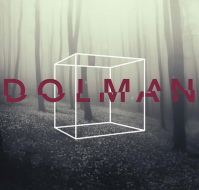 Dolman is imbued with a quality of apartness that is distinctly Bristol. The album features vocals from some of the cities finest musical talent, including Danny Coughlan AKA Crybaby on lead single On Stoney Ground, which features lyrics inspired by Turner Prize-winning Steve McQueenâ€™s artwork Queen and Country. Other Bristol vocalists include Alison Garner of The Fauns on Flight 22, and Derek Meins AKA The Agitator on Uncanny Valley. Elsewhere, Adele Emmas of Liverpool three-piece Bird lends her soulful voice to lush ballad The Rainbow.

Dolman is a collision of two differing musical approaches: â€œBen is basically an amazing virtuoso musician who can play anything,â€ elaborates Scott. â€œIâ€™m the polar opposite: my background is as a DJ and record collector, in beats and drum machines and producing bands.â€

Ben describes their modus operandi: â€œI would have fairly standard musical ideas - a string chord sequence or a mandolin or guitar line - that I would give to Scott and he would warp it through his Malachai/hip hop brain. I still donâ€™t know how he does what he does!â€

Their union has produced a quite extraordinarily atmospheric, eerily beautiful album, rather like the soundtrack to a film that doesnâ€™t yet exist. Which begs the question; if Dolman was an actual movie, what would it be about? â€œIt would probably be quite a dark film but some kind of romance,â€ says Scott. â€œOr a chilling futuristic urban thriller set in a post-apocalyptic Bristolâ€