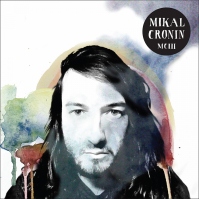 MCIII is the third album from Californian singer-songwriter Mikal Cronin. Marked by the lush arrangements, stunning melodies, and deeply personal lyrical work for which Cronin is now known, the album is also a deliberate attempt to simply 'go big.' Written and recorded over the course of 2014, between long bouts of touring, MCIII finds the Laguna Beach native splitting his latest full-length statement into two distinct halves. On Side A, behold a shimmering tsunami of furious, undeniable pop songs. On Side B, marvel at a beautifully wrought concept record in miniature, built around the radiant retelling of what Cronin calls his 'coming-of-age' story: After leaving California to go to school in the Pacific Northwest, he found himself alone and adrift, struggling with debilitating back pain and a dissolving sense of self. 'It's about a pivotal moment in my life that changed things, just within a couple of months,' he says. 'It was a shifting point that sent me on the path to doing what I'm doing right now.' As he did on his self-titled 2011 debut and 2013's MCII, Cronin arranged and played nearly all of the record himself, including the tzouras, a traditional Greek string instrument he heard and subsequently bought while on tour in Athens. There's French horn, saxophone, and trumpet. There are mood-altering crescendos and heartbreaking turns-of-phrase, guitars both gorgeous and pugnacious. No longer satisfied with the sound of 'just one string player,' Cronin arranged parts for a full string quartet instead. 'It's a continuation of what I've been trying to do up until now, but I'm finding a better way to do it,' he says. 'I'm finding a more successful way of working those unexpected elements and textures and instruments into a rock record, of exploring that wormhole and mushing everything together harmoniously. I like riding the line between the two,' he adds. 'I like finding new ways to bring different musical worlds together.'