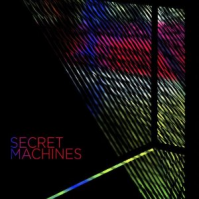 The eponymous third album from Texas space-rockers, The Secret Machines, is their first to feature guitarist Phil Karnats, who replaced founding member Benjamin Curtis in 2007. Received well upon its US release, this record wears its influences on its sleeves, from Stardust-era Bowie to early Led Zeppelin and Pink Floyd at their most prog. They take a darker path than on previous albums, the band favouring instrumental passages over pop-fuelled refrains.