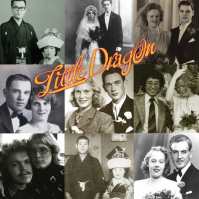 It’s been a stellar year for Little Dragon, and it seems the torch paper of wider acceptance has truly been lit. Collaborations with Gorillaz and David Sitek, celebrity fans in Big Boi and ?uestlove, and a burgeoning broadsheet love-in: three is definitely proving to be the magic number as the Sweden-based four-piece ready their third LP. With no shortage of charm, the band should ease their way into many an audience’s affections.

From the opening chimes of title-track, Ritual Union is an effortless exercise in economics. Nothing is wasted nor added needlessly for effect, and it’s an album that revels in clean, crisp production. Driven by skittering percussion and an impressive BPM heartbeat, this set could feel cold and mechanical; but even with an electronic influence stamped throughout, there’s a sense of craft and warmth, largely owing to Little Dragon’s enduring attention to detail and members’ session musician past. It’s these lovingly constructed backdrops that give Shuffle a Dream mass pop appeal; Crystalfilm its seductive, honeyed melodies; and Summertearz its offbeat, tribal lilt. Then there’s Yukimi Nagano’s husky-yet-girlish vocal, a constant highlight in its own right, weaving amidst shape-shifting passages of minimal funk, dreamy pop and electro soul, adding a pleasantly saccharine topping to an already satisfying LP.

But perhaps what’s most satisfying is that, much like Little Dragon’s slow-burning career, Ritual Union is so wonderfully unassuming. There’s no signature statements; no desperation to blow you away in the opening few tracks before settling into an album of mediocrity and mundane fillers. Instead, it serves up numbers like the sumptuous pleading of Please Turn; the TVOTR-do-dubstep of Precious; and the sparse experimentation of Brush the Heat, a cut that would have Jamie xx purring.