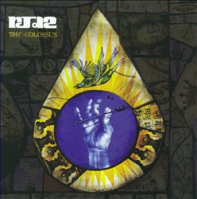 Ramble John "RJ" Krohn, better known as RJD2, reappears with his fourth effort The Colossus (the first on his own label, RJs Electronic Productions), 3 years after his underwhelming, poorly received third album The Third Hand. By all accounts, hes done a lot better here. A further departure from what was once his established sound, The Colossus moves away from the broad brushstrokes of hip-hop and electronica which once defined his work. Instead, RJ treats us here to smoky, subtle l