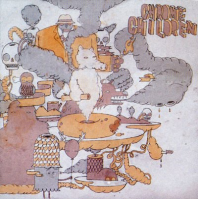 Chrome Children is a co-production between Stones Throw Records and Adult Swim. The CD & DVD set, released on October 3, 2006, includes songs from Oh No, J Dilla, Madlib, and other Stones Throw artists. It also includes footage from a hip-hop concert headlined by MF DOOM and Madlib on DVD. The concert was filmed by Adult Swim at the 2006 SXSW festival in Austin, TX.