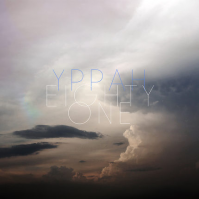 Landscape and memory have always played a central part in the music of Joe Corrales Jr. aka Yppah (pronounced “yippah”). It’s what gives his tunes both their sense of place, their physicality, and their ethereal - almost nostalgic - sweetness. His third album for Ninja Tune reflects a change in the landscape around him. Midway through the process of recording the demos for what became Eighty One, Corrales started making regular trips to Galveston, on the Texas Gulf coast, to surf. So energised was he by his experiences, he left his home in Texas and moved to Long Beach, California. Unsurprisingly then, he says that the images he had in his head as he made his new music were of the sea and the beach. “I wanted a lot of the songs to feel like a warm wash,” he explains.