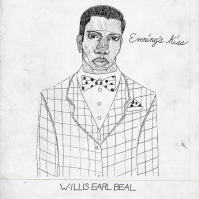 Willis Earl Beal is a 27 year old Chicago-based singer with an incredible story and mystery behind him. He is all set to release his first proper album titled Acousmatic Sorcery on March 20th, which displays a unique blend of lo-fi and soul. He has been self-releasing his own music via cassette tapes and CD-R's and using his creative art skills by handing out flyers with phrases like "I want some friends & stuff" "I am not a Weasel" and included his name Willis Earl Beal, a phone number, and a drawing. Also another that said "My name is Willis Earl Beal. Write to me and I will make you a drawing" and had his mailing address and also phone number with the "call me and I will sing you a song" message on it.