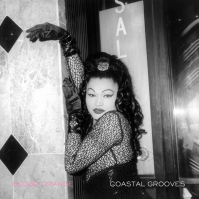 Devonté Hynes has produced a lot of music. Some for himself: Testicicles, Lightspeed Champion and some for others: Basement Jaxx, Florence & The Machine, Theophilus London, Solange Knowles, Cassie, Diana Vickers. Somewhere in between all of this, Blood Orange was created.

Hynes has been living in New York City for the past three years where he has been concentrating on writing and producing for other artists. He simultaneously worked on songs in his bedroom, compiling them onto mixtapes that he would listen to while traveling around the city at night, letting the city’s nocturnal ecosystem seep into the music in his headphones.

Informed by the equally neon atmosphere of Chris Issack, Billy Idol, 80's Japanese pop such as Yellow magic Orchestra and French singer F.R David, Hynes took the songs that form ‘Coastal Grooves’ on a trip to the West Coast where he started turning the ideas into an album with producer Ariel Rechtshaid in L.A.

Alongside the music he heard playing in after-hours bars, Hynes drew inspiration from the identity blurring work of transgender icons such as Octavia St Laurent and the playful high-gloss nihilsm of Gregg Araki movies. Blood Orange is the music of a seedy yet inspirational New York night time.