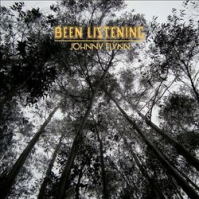 What with the recent huge success of close friends and scene stablemates Laura Marling, Noah and the Whale, and Mumford & Sons, Johnny Flynn seems to have been somewhat forgotten. Been Listening, his second album, should change all that. Flynns first album, 2008s A Larum, was a beguiling set of folk songs that soon sounded like standards, earning him many a fan at Rise Towers. A part-time Shakespearean actor by trade previously, Flynns love of the written word and the country around h