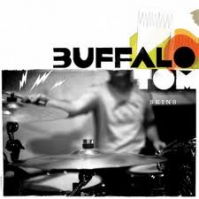 Nine years after their last record, Boston band Buffalo Tom, will be releasing their eighth studio record, Skins. The record, due out on February 15th, was produced by Paul Q.Kolderie who also produced Buffalo Tom’s iconic release, 1992′s, Let Me Come Over. Fellow East-coaster, Tanya Donnelly lends her vocals for the track “Don’t Forget Me” and, the deluxe edition of Skins will feature demos and b-sides. More of a vinyl kind of fan? The waxy version of Skins includes a download card with all the demos and b-sides included with the deluxe edition.