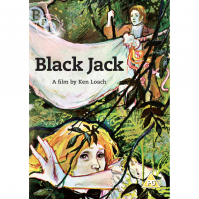 A film by Ken Loach

Based on Leon Garfield s popular novel, this long-unseen film adaptation from celebrated British filmmaker Ken Loach is an adventure story which will capture the imagination of adults and children alike.

When honest young Tolly Pickering is forced on the run with a villainous ruffian named Black Jack adventure and mishap are never far away. As the two enter a world of bodysnatchers, private lunatic asylums and travelling fairs they find friendship in the most unlikely places.