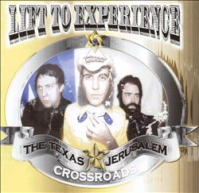 Bursting out of Texas at the dawn of a new century, it sounded like Josh T Pearson was on a mission to spread the word of the Coming Of The
End and hed chosen to deliver his sermon fronting the apocalyptically loud LTE. The man says Ladies & gentlemen we are playing with one guitar
but youd never believe it as one song after another blasts out of your speakers. The song titles read like the Book Of Revelation and as howling closer Into The Storm
reaches its tumultuous climax, you ll be forgiven for thinking that youve had a visitation by something very very special