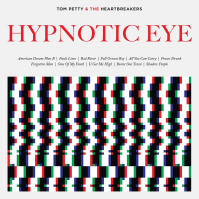 Their first studio album since 2010, Hypnotic Eye 11 tracks long and will be released this summer. The band's 13th studio album, it was co-produced by Petty, Mike Campbell, and Ryan Ulyate, reports Rolling Stone . Speaking to the publication about the album, Petty responded to comments that the release sounds like his earlier albums 1976's Tom Petty And The Heartbreakers and You're Gonna Get It from 1978.