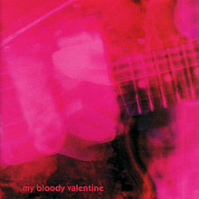 Long-awaited 2 CD reissue of the seminal My Bloody Valentine album.