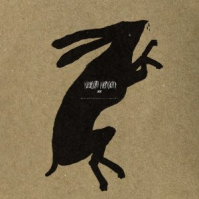 What a sneaky album is this. The opening track, "Prologue", does nothing at all, and with your guard down "You Don't Know How Lucky You Are" flows into your ears and lodges firmly in your psyche - an outstandingly track to be cherished. With a haunting vocal and a slight but notable clanging guitar accompaniment, the following "Charon" follows suit, although the backing is more spidery, and the vocals become a little hesitant. Moving into "Oliver Dalston Browning", Iâ€™m becoming intrigued by the titles, as well as addicted to the sound, though in truth, it varies little. After these four tracks you know exactly where you are with the album, and how Keaton Henson prevents it from becoming 'ordinary' is anyone's guess. There are occasional additions to background sounds; on "Nests", a pump organ of sorts, and what sounds like staves being slapped, enhance the proceedings. The banjo makes an appearance too, on "Not That You'd Even Notice", where small bells are also rung intermittently, adding delight in small but significant helpings.

Apparently, this guy writes and draws, draws and writes, and thatâ€™s it. Heâ€™s an illustrator and visual artist, as well as a singer-songwriter, and it appears that the latter is almost accidental. There was never any intention of releasing his bedroom-recorded songs, and apparently they were only intended as a gift for a friend. It would have been a shame if theyâ€™d remained that way. With the music being inclusive, reclusive almost, the picture you get is one of a stationary nomad, someone who has been around more than just the block, who is now content to stay in his own hood. I wanted to know more, but his website helped me very little, as I found it hard to negotiate (yep, could be just my own IT failing, but...). I wanted to e-mail him with a few questions about his background, his recent past and his future, but it didnâ€™t work for me. Other pages appeared to be blind alleys, period. I know less about him having played the album than when I started, and I want to know more now! But what a joy it is, this music and the mystery.