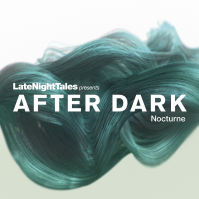 The Italians call it notturna, the French nocturne, in Spanish it's nocturno, while the Estonians say öine. (Trust the Estonians to be different.) A nocturne is a French term to describe a musical composition that is inspired by or evocative of the night, which seems apposite. The most famous modern nocturne is, of course, Harlem Nocturne , as recorded by countless jazz musicians. If you like, you can just call it the night. The point is it's when the fairies come out to play and the bass is at its loudest (the two are not necessarily related).

We're back in the low-tempo, high-octane zone. Our tempo might be slow, but the quality control makes Louis Vuitton look like Poundland. We've gathered together some of the hottest new material, with some judiciously chosen old gear, an edit or two and blended them together like a disco nutri-bullet.

Among the exclusives is the amazing Lindstrøm remix of Charli XCX's You (Ha Ha Ha), alongside a pair of exclusives from Emperor Machine and Hugh Mane and two belters from Hotel Motel.

And there are the rarities. We've got Rudy Norman with the brilliant Back To The Streets; there's also the amazing Chained To The Train Of Love by Coalkitchen and our traditional curveball, this time furnished by Plastic Bertrand delivering one of the best ever early rap tunes.

Bill Brewster comes armed with a sensitivity and sense of occasion that few other DJs possess and as go-to scribe of liner notes for every Late Night Tales release since day one, his association with the series is symbiotic. Originally a chef, a football pundit (co-editor of fanzine When Saturday Comes) and record collector, Bill began DJing in the late 80s, but he cut his teeth playing Low Life warehouse parties in Harlem and the East Village and anyone hearing Bill today can see how these New York roots shine through. For eclecticism, surprises, amazing unique music and sheer long-haul dedication to the dancefloor; Bill's your man. His other life is as a writer. Together with long-term pal Frank Broughton, Bill is author of the definitive history of DJing, Last Night A DJ Saved My Life , the uniquely sardonic DJ manual How To DJ (Properly) and has contributed his acid Grimsby wit and encyclopaedic knowledge of music to just about every dance rag there is, not to mention The Guardian, Independent and Mail On Sunday.