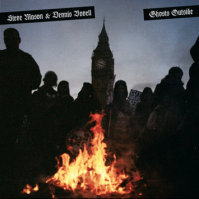 Former Beta Band man Steve Mason has joined forces with reggae musician and producer Dennis Bovell. The pair have announced the release of an album on 25 July, a radical 'dub' reinterpretation of Steve Mason's Boys Outside' LP, which was released last year. A collaborative effort, Ghosts Outside was recorded in early 2011 at Livingston Studios in North London with Dennis Bovell. Using the original tracks as a basis, with Steve's guidance Dennis added additional instrumentation; the tracks were later given the classic 'Bovell production' treatment. Steve met Dennis at a Black History month in Hackney. Dennis is a renowned and much respected artist-producer, central in the development of British reggae from the 1970s onwards. He gained renown with his own group, Matumbi and also worked with the likes of Linton Kwesi Johnson, I-Roy and Janet Kay. He also produced a wide diversity of bands including The Pop Group, Orange Juice and The Slits. He recently featured heavily in the BBC4 Reggae Britannia documentary.