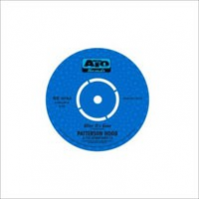 Patterson Hood, singer, writer and guitarist from the band Drive-By Truckers assembled The Downtown 13, a musical collective made up of some of Athens Georgia’s finest musicians.

Patterson will return later in the year with a full solo album that WON’T feature this track.

The B-side is an instrumental taster from said album - possibly....