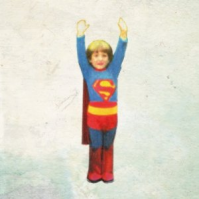 The Dragon Of An Ordinary Family

The drifter returns! After a brief hiatus one UK's finest lyricists, Jehst is set to release his fourth full length album The Dragon Of An Ordinary Family this June. Since putting out his own debut 'Premonitions' in 1999 at only 19 years old, Jehst has fiercely established himself as the definition of an independent artist, going on to self release his first album 'Falling Down' (2003), follow up 'Nuke Proof Suit' (2005) and his production based album 'Underworld Epics Vol.1' (2006), this summer sees him present the 16-track LP The Dragon Of An Ordinary Family . Proving that great music stands the test of time Jehst's words, rhymes and beats are as relevant today as ever before. Refusing to bandwagon, back down or conform, the evolution of Jehst's music and career has been an inspiring and refreshing take on modern music, succeeding where many others have failed, he is a true Hip Hop visionary and torch bearer, living proof that following your heart and making the music you believe in pays off. Despite his UK credentials Jehst is far from a local hero, his name is respected the world over from the Australia to Europe and America to Japan, it's time for this UK Rap legend to collect the props he duly deserves.