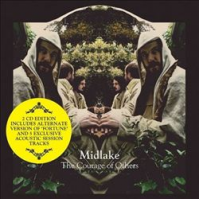 Following up their 2007 breakthrough The Trials Of Van Occupanther, the band that count Fleet Foxes, Laura Veirs and Beach House as label mates on the ever-growing Bella Union roster look set to take 2010 by storm. Moving on from the US West Coast 70's-influenced sound of its predecessor, The Courage Of Others takes on a much folksier sound reminiscent of legendary forebears Fairport Convention and Steeleye Span. Reflecting the circumstances of its creation, The Courage Of Others