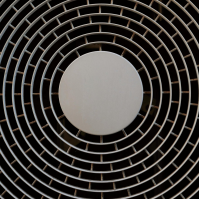 Right from their inception in 1976, back in the first stirrings of punk, Wire went about making music in a subversive, conceptual way, setting themselves apart from both their peers and their influences. "I had this idea that I wanted to avoid things that had a particular kind of tradition," explains singer and guitarist Colin Newman. "I thought the three-chord trick was too simplistic and that the one-chord trick would be better. Or the two chord trick where the second chord is definitely not the right chord." Bass guitarist and vocalist Graham Lewis identifies another trait that has run throughout the group's lifetime. "People said, we were mysterious, arch and dark. But the only way of doing that successfully, is by also having a sense of humour. You have to have that balance. With Wire there's a peculiarity, a contrariness and that can be funny." This questing approach has served them well in guarding against repetition and cliché. In context, Wire's last album, 2013's aptly titled Change Becomes Us was another case of 'Expect the unexpected' as it found them extensively reworking a rich cache of material abandoned amid a temporary break-up in the early 80s. Their 13th studio album - simply titled Wire comprises material that was written with the album in mind, but toured extensively first, as well as songs that Newman introduced to the group in the studio just prior to recording. The idea was to get the most spontaneous reaction possible from the musicians, and far from the rough and ready results one might expect from such a tack, Wire is full of swooning pop melodies with a 60s tinge and an irresistible, near motorik rhythmic momentum. One can recognise certain melodic inflections, guitar and bass motifs, and drum rhythms from Wire's idiosyncratic vocabulary but it has a remarkable freshness. The basic tracks were recorded at Rockfield Studios with overdubs added at Brighton Electric. The 11 tracks selected for release were the ones that came together most naturally. From the outset Wire was an alliance between four very different characters and continues today with the addition, in 2012, of It Hugs Back guitarist Matthew Simms, who is around thirty years younger than the other group members. "With Matt there was a really new dynamic that had appeared in the group s sound and that was something we wanted to capture, utilise and be creative with," says Lewis. Wire is the first album where Simms has been involved in formulating the material from the ground up, but when the group's particular chemistry starts working he is now very much part of the process. Lewis provides most of the lyrics for the album, their subject matter encompassing love songs, cryptic narratives and coded messages. One time, Newman asked Lewis to send over some unfinished, unformatted text so he wouldn't be bound by what to use for the chorus. This material spawned two songs written on the same day, 'Split Your Ends' and the droll 'In Manchester'. The latter has the disorientating and rather absurd situation of having "In Manchester" as a soaring chorus, when the song is not about Manchester beyond a single line in the lyric. As the album progresses, some of the sunlit pop tunes become more shadowy and it ultimately plunges into the musical black hole of 'Harpooned', eight churning minutes of the group's darkest, most abrasive music to date, and a favourite in live performances since 2013. "The point where our personal narratives meet is all about change - moving on and keeping it interesting for ourselves," says Newman. "We're in it for the long haul and this is a one-way trip." Live dates outside the UK will be announced soon.