Records of the Week (week starting 20th May) 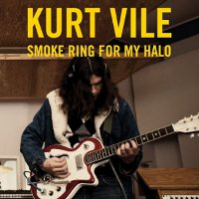 It’s hard to believe only six months has passed since the release of Smoke Ring For My Halo, the remarkable album by Philadelphia’s Kurt Vile. Garnering praise from peers (Kim Gordon, Thurston Moore, J Mascis and Bradford Cox) and critics alike, the fourth long-player has firmly established as one of this generation’s great American songwriters.
So Outta Reach is a collection of five original songs recorded during the sessions for Smoke Ring For My Halo but not used for the album, which were later reworked with producer John Agnello this summer. The EP also includes a unique take on Bruce Springsteen’s ‘Downbound Train’.