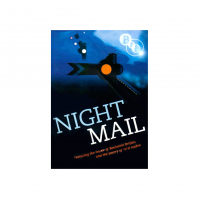 Lauded 1936 documentary, showing the various stages and procedures of the operation of the Royal Mail train delivery service, that remains one of the most instantly recognised films in British film history. It begins with a voiceover commentary describing how the mail is collected for transit. Then, as the train proceeds along the course of its journey, we are shown the various regional railway stations at which it collects and deposits its cargo. Inside the train the process of sorting takes place. As it nears its destination there is a sequence - the best known in the film - in which WH Auden's spoken verse and Benjamin Britten's music are combined over montage images of racing train wheels.