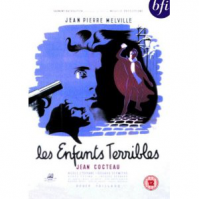 Acclaimed 1950 drama (in French with English Subtitles) from director Jean-Pierre Melville, adapted by Jean Cocteau from his own novel. Shot in Black & White, it boasts a superb, fiercely intense performance from Nicole Stephane as the scheming heroine, Elisabeth, and the combination of music by Bach & Vivaldi provides a suitably provocative and impassioned score. Elisabeth is very protective of her teenage brother Paul, who is injured in a snowball fight at school and has to rest in bed most of the time. The siblings are inseparable, living in the same room, fighting, playing secret games, and rarely leaving the house; though Paul's friend Gerard often stays with them. One day Elisabeth brings home Agathe to live with them also. She bears a strong resemblance to Dargelos, a schoolboy whom Paul had a crush on, and who injured him. Paul and Agathe become attracted to each other, causing Elizabeth to be very jealous!.