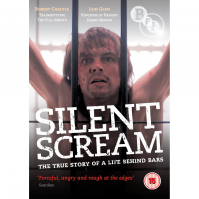 1963: When Larry Winters violently murders a Soho barman in cold blood he is sentenced to life imprisonment. Within ten years he is addicted to prescription drugs and feared as Scotland's most violent inmate. After being transferred to the experimental Barlinnie Special Unit, Winters finds new and creative ways to express himself, but continues to self-destructively explore drugs as a means to escape the confines of his prison cell.

Based on a true story, with exceptional performances from both Iain Glen and Robert Carlyle, this brutal, mind-bending journey into the damaged mind of a violent killer is as uncompromising as it is unforgettable.