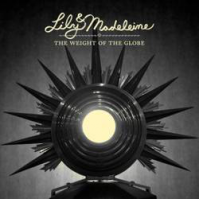 The Weight Of The Globe

One of the most astonishing debut releases of 2013, 'The Weight Of The Globe' is as sincere as it is precociously sophisticated. At just 18 and 16 years old respectively, Lily and Madeleine have crafted 5 beautiful, true Americana songs that will find fans of Laurel Canyon-esque songwriting and the melodicism of First Aid Kit in thrall. The arrangements are less timeless, with lyrics that cut into the sweetness to reach the core of lives in transition. The band express this with uncommon acuteness: Madeleine's voice may be lovely and soft, but possesses a worldliness and focus one would expect of an older woman; paradoxically her younger sister's voice is clearer and worldlier still.