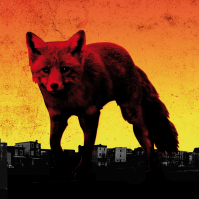 Take Me To The Hospital

The Day Is My Enemy

The Prodigy announce their new album The Day is My Enemy, due for release on March 30th via Take Me To The Hospital/Cooking Vinyl. Uncompromising first single Nasty fires out of the cannons like a ferocious statement of intent and finds Keith Flint at his snarling best. Premiering as Zane Lowes ''Hottest Record in the World'' on BBC Radio 1, it sets the tone perfectly for the new album. The Prodigy have always cut a solitary path through the noise-scapes of electronic dance music. They've dropped five epoch defining studio albums and delivered unforgettable live performances that have taken electronic beats into unchartered territories. Throughout this time they've remained resolutely focused on their own vision, inspiring legions of artists along the way. The Day Is My Enemy is probably the most British sounding album you'll hear this year. Not British in the flag waving jingoistic sense, but in a way that understands that the night time spaces of urban Britain are a multi-hued cacophony of cultures. If Invaders Must Die was the sound of the rusted urban sprawl decaying like an open wound in the British countryside, then The Day is My Enemy is about the angry humanity existing in the decay of the urban nightmare.