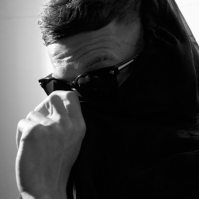 Zomby is both a purist and a perfectionist. One of the most talented producers of a generation and someone capable of negotiating skilfully between genres, be it jungle, dubstep, rave, garage or whatever tag you want to put on it. Couple this with the numerous and incredible 12”s, EPs and remixes that have been aired over the past five years and it’s clear just why he’s built quite a heady reputation for himself.

Following a series of releases that switched from the melancholic to the menacing, Where Were U In ‘92? further marked the producer out as an unpredictable, underground hero. Among discerning listeners, anticipation for new Zomby material is now high but outside of him teasing fans with a few out-takes via the internet, there hasn’t been much to go by in recent times. That was until the end of last year when hauntingly beautiful new track, 'Natalia's Song', appeared unannounced in a Burial and Kode9 mix for Radio 1. Catching people off-guard, it served to pour fuel on the fire and leave all anticipating what was to follow.