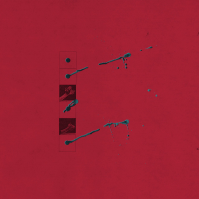 My Arms Around A Vision

“We look to Europe for inspiration. For romance. For the idea of a better life,” says the band’s frontman, Cathal Cully, when discussing the album. “For me, living in Belfast just makes you focus on your own art.”

True, Girls Names formed in Belfast, but they’ve long considered themselves a European band. The distinction is important – their vision of Europe is one of weird, labyrinthian histories, blackest-ever-black coffee, and long drives to dismal places. Romantic notions for those of a certain disposition, but behind the thousand-yard stares they’ve always been a soft-hearted lot. As the title of Arms Around a Vision would suggest, they’re all set to let love in.

The band initially came together as a relatively lean two-piece back in the summer of 2010, but over the course of a handful of EPs and three very different albums, they’ve grown in number and ambition. Their last album, The New Life, was an unexpected underground hit in early 2013, taking the band around the world and garnering much critical praise, culminating in nominations for both the Northern Irish and Irish Music Prizes. Emboldened by the reception to that record, in March they returned with an 11-minute single that was played in full on Radio 1 and, typically, does not feature on their new album. Girls Names like to do things a little differently.

On Arms Around a Vision, they’re more widescreen than ever but also more direct and aggressive. The bass, drums and guitars are still there, but so are saxophones, organs, detuned broken guitars and pianos, and even sheets of metal assaulted with hammers. Conceptually, Arms Around a Vision acts as a love letter to European elegance – Italian futurism, Russian constructivism, Germany’s Zero Group and both Neubauten and Bowie’s Berlin.

Love and pain, romance and fucking. It’s all in there somewhere. Grand claims, perhaps, but in an ever bleak world, why not skygaze? The album opens with ‘Reticence’, a song in two parts that’s half metallic knockout, half midnight swagger. It sounds unlike anything they’ve ever done before, and is a perfect primer for an album that treads a course between Eno-era Roxy sleaze, Birthday Party dissonance and M.E.S’ three R’s: repetition, repetition, repetition.

As confident as it sounds, hardship has equally played a role in shaping Arms Around a Vision. “I'm not starving or anything, but I've practically been living hand to mouth since I was 22,” confirms Cully. “Most guitar music now is just a playground for the rich middle classes and it's really boring and elitist. We're elitist in our own way, in that we're on our own and you can't fuck with us when we’ve nothing to lose”. The near-6 minute ‘A Hunger Artist’ tackles that subject full on, addressing that age old adage of suffering for one’s art.

While the songs aren’t narrative-driven as such – the band still generally favour abstraction and ambiguity – there is a consistent underlying message: “We've got nothing. We’ve never had anything. And we don't expect to. The only person I ever wanted to impress was myself. I've never got anywhere close to succeeding in doing that until this album. I'm proud of it. I think I can start saying I'm a musician now.”