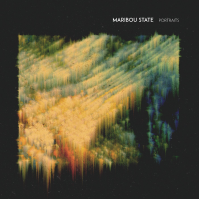 With a sound as quintessentially British as the picturesque Hertfordshire village that they call home, Maribou State will release their debut album Portraits on 1st June 2015.

Well-versed in the art of balance, the duo have been quietly yet mightily refining their touch in recent years, delivering a string of releases (including the much loved Tongue and Truths EPs for Norman Cook’s Southern Fried Records) crafted through an incredible studio ethic at their rural bolt-hole “The Shack in the Back”. Far from your typical laptop-reliant producers; the pair are mindful to incorporate live musicianship and songcraft that imbue a soulfulness and character into their sound. As a result, they’ve already caught the attention of radio heavyweights (Zane Lowe, Huw Stephens, Annie Mac, B. Traits, Pete Tong and Gilles Peterson) and blazed a trail at festivals across Europe including Glastonbury, Warehouse Project and Bestival alongside John Talabot, Lxury and Jamie xx.

An irresistible marriage of deep, resonant guitar licks and dishevelled synths riding upon loping breakbeats and overlaid with trademark deconstructed vocal dubs, "Rituals" picks up where Maribou State left off in 2013. It’s a clear signal of Chris and Liam’s ambition to take Maribou State into the live arena in 2015 and an awesome glimpse ahead to Portraits.