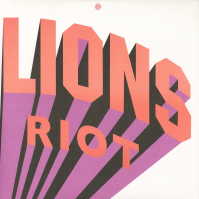 Inspired by reggae, sound system culture and the myriad of musical styles influenced by Jamaican music old and new, The Lions' sound is firmly placed in soul music. All the guys in The Lions grew up on classic Jamaican records so since we began we have wanted to give our records that same edge and roughness that we grew up hearing on LPs by The Upsetters, Soul Syndicate, The Rockers Band and Roots Radics. The rhythm section was all recorded to tape, the Hammond buzzed a little, fuses blew and good mistakes were left in. We basically made the dusty reggae soul LP WE have been wanting to hear for years. Dan Ubick (producer) The band draws together a dozen or so of LA's elite reggae and soul forerunners who loosely coalesced as The Lions in 2007. Members of the legendary ska band Hepcat, Deston Berry and Alex Désert, form half of the vocal team, and the latter also has a successful career on screen, including roles in the films Swingers and High Fidelity. The other half is the sweet falsetto of Malik Moore and DJ stylings of Black Shakespeare, the charismatic cousin of Robbie Shakespeare (of Sly & Robbie fame) and co-runner of the i&i Sound System, a customised ice cream van bringing bass to the streets of the west coast and featured on the cover of both Saul Williams' self-titled album and an issue of XLR8R Magazine. Other members include guitarist Dan Ubick, formerly of Breakestra, Macy Gray co-writer and collaborator Dave Wilder on bass, plus musicians who have played with the likes of De La Soul, Barrington Levy, Beck, Raphael Saadiq.