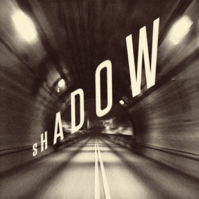 British trio Little Barrie â€” the group with the unrivalled, trademark blend of rock, blues, garage and soul flavours â€” are back with their fourth album â€˜Shadow,â€™ and sounding better than they ever have. The three-piece of writer-guitarist Barrie Cadogan, bassist Lewis Wharton and drummer Virgil Howe, have slowly and surely been honing their sound and maturing their style since the groupâ€™s debut on record all of 15 years ago. â€˜Shadowâ€™ is the super-cool and confident sound of a band at the top of their game, full of brooding self-confidence, brilliantly combining texture and liveness.

The album again sees Little Barrie working with their longtime mentor Edwyn Collins, who co-produced â€˜Shadowâ€™ at his West Heath studio with the band and engineer Seb Lewsley. Never ones to sit on their laurels or make the same record twice, the band build on the raw energy of their last album â€˜King of the Waves,â€™ released in the UK in 2011, on an album that takes them somewhere entirely new.

â€˜Shadowâ€™ arrives three years after the band reached new levels of acclaim and recognition with â€˜King of the Waves,â€™ to scenes of fan mania in Japan and national and international touring. The relaxed urgency of the sound is inspired by Cadoganâ€™s recent work with Anton Newcombe of The Brian Jonestown Massacre, Damo Suzuki (Can), Andrew Weatherall and Pete Molinari.