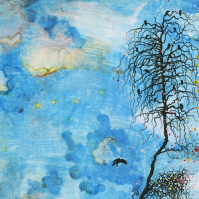 Formerly one-half of Grammy Award winning duo The Civil Wars and released on his own label co-owned by Alabama Shakes keyboard player Ben Tanner and Shoals native Will Trapp. His first solo album in nearly a decade, 'Beulah' is a remarkably and assuredly diverse collection spanning plaintive folk balladry, swampy southern rock, lonesome campfire songs, and dark acoustic pop. Gothic and ambitious, with a rustic, lived-in sound, it's a meditation on love curdling into its opposite, on recrimination defining relationships, on hope finally filtering through doubt. White threw himself into the project, no longer the reluctant songwriter but a craftsman determined to make the best album possible. He cut several songs at the renowned Fame Studios in Muscle Shoals. One product of those sessions is \'What\'s So,' which introduces itself by way of a fire-and-brimstone riff, as heavy as a guilty conscience with gritty and soulful vocals. At the other end of the spectrum is 'The Martyr,' the spryness of the melody imagines Elliott Smith wandering the banks of the Tennessee River, yet the song is shot through with a pervasive melancholy as White wrestles with his own demons Some of the quieter songs were created in the Single Lock offices / studio, including the ominously erotic opener 'Black Leaf' and the Southern gothic love song 'Make You Cry.' As he worked, a distinctive and intriguing aesthetic began to grow clearer and clearer, one based in austere arrangements and plaintive moods. These are songs with empty spaces in them, dark corners that could hold ghosts or worse.