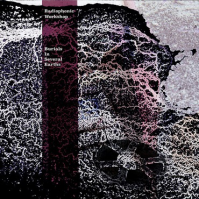 Burials In Several Earths is a brand new work by the legendary Radiophonic Workshop, the soundtrack architects behind classic British TV music such as Doctor Who and The Hitchhiker's Guide to the Galaxy. An evocative suite of synth improvisations, Burials In Several Earths evokes the haunting qualities of their classic work whilst exploring fresh new vistas of sound. Conjuring up atmospheric, immersive textures that mix tried-and-trusted analogue techniques and leading edge digital technologies, the release connects the dots between the work of pioneering British electronic composers such as Delia Derbyshire and artists whose work bares the unmistakable genetic footprint of the Radiophonic Workshop: the likes of Cavern Of Anti-Matter, Pye Corner Audio and Children Of Alice. Features guest appearances from Martyn Ware (The Human League / Heaven 17) and Steve ‘Dub’ Jones (Grammy-award winning mixing engineer for The Chemical Brothers, UNKLE, and New Order). The vinyl edition is a deluxe quadruple 10” boxset (including fold-out double-sided poster and download card) featuring edits of the tracks unique to this edition, and an alternate mix that does not appear on the CD and digital versions. The formatting is a subtle nod to the retrospective 4 x 10” set the Aphex Twin’s Rephlex label put out in 2003. The CD edition features the full-length versions of the tracks spread over two discs, in a gatefold lancing pack with miniaturised replica of the vinyl poster. Both editions designed by David Chatton Barker, founder of the acclaimed Folklore Tapes label. The titling of the album and individual tracks were inspired by Francis Bacon’s incomplete 1627 literary work New Atlantis, previously used by one of the founders of the Workshop, Daphne Oram, as a manifesto for the original sound sorcery they famously produced in room 13 of the BBC Maida Vale studio complex in London. Room 13 is also the name of the Workshop’s newly minted label!