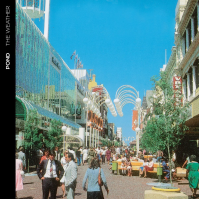 Pond’s unbridled creativity has seen them push the boundaries of psychedelic-rock and on their forthcoming album The Weather, the Perth based four-piece have created their most sharp and focused record to date. Produced by Kevin Parker (Tame Impala), frontman Nicholas Allbrook says “It’s a concept album, not completely about Perth, but focusing on all of the weird contradictory things that make up a lot of the colonial cites around the world”. While these themes mean Pond retain their abstract outlook and propensity for experimentation The Weather features some of the bands most direct pop moments. Since forming in 2008, Pond have been lauded for their raucous and unpredictable live show and have supported acts such as Arctic Monkeys, Mark Ronson and The Flaming Lips. 2017 will see them take this record’s ambitious, technicolour odyssey around the world thus cementing their reputation as one of the best live acts out there today.