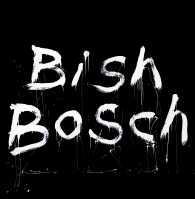 Scott Walker will finally release Bish Bosch this December, his long-awaited and first studio album since 2006’s The Drift.

Bish Bosch is the latest in Scott’s discography to pursue the line of enquiry he began back in 1978, with his four devastatingly original songs on the Walker Brothers’ swansong, Nite Flights, and continuing through Climate of Hunter (1984), Tilt (1995), The Drift (2006). He has
continued to mature and develop in a late style utterly at odds with the music that made him a superstar, a lifetime ago, but which is totally honest, uncompromising and transcendent. Scott began writing new material around 2009 - whilst also scoring
the ROH 2’s Duet For One Voice ballet - recording it sporadically over the following three years. Aided again by co-producer Peter Walsh and joined by the regular core of musicians, Ian Thomas (drums), Hugh Burns (guitar), James Stevenson (guitar), Alasdair Malloy (percussion) and John Giblin (bass). Musical director Mark Warman also played a prominent role, both as
conductor and keyboardist, while guests include trumpeter Guy Barker and pedal steel guitarist BJ Cole, who worked on three of Scott’s midseventies LPs. For three tracks (‘SDSS1416+13B’, ‘Dimple’ and ‘Corps de Blah’), Scott drafted in an orchestra, recording them in The Hall at Air Studios last November.