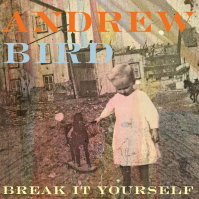 On March 6 in the U.S. and March 5 internationally, Andrew Bird will release Break It Yourself via Bella Union in the UK. It's the follow-up to his 2009 album Noble Beast. Bird produced the album himself, and recorded it in his barn in Western Illinois.