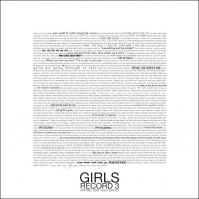 Band members Christopher Owens and Chet White recorded their new incarnation in the bowels of a San Francisco office building. They teamed up with new drummer Darren Weiss and guitarist John Anderson, assembling performances and ultimately creating fresh music and musical relationships to carry the band through to the new record.

Less explorative than previous records, ‘Father, Son, Holy Ghost’ exhibits a new sound built on the ideas and ears of a much more confident band, and the outcome is their most important release to date. Girls have taken what they’ve always done best and have displayed it with amazing clarity and the strongest of intent. Classic songwriting coupled with exciting production is strongly executed on their latest endeavour. “I’m still all the same,” Owens says. “I still know I have to do it. I still love the songs and writing songs”