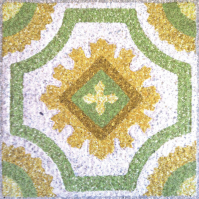 Total Babes was formed in 2010 in Medina, Ohio, by Christopher Brown and Jayson Gerycz, as an outlet for pop songs that could not be played in noise-rock band Swindlella. Swimming Through Sunlight, their debut album, was released in 2011 by Old Flame Records. Their upcoming album, Heydays, recorded in 2014, features lush synthesizers from Emeralds/Outer Space member and Spectrum Spools head John Elliott, and bass from Nathan Ward of Smooth Brain and Cruelster.