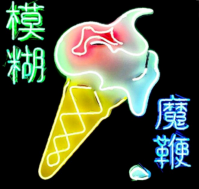 Blur have unveiled details of their first album in 12 years, which will be called The Magic Whip. Damon Albarn said that the follow-up to 2003’s Think Tank was a return to “the way we recorded when we started. It wasn’t a flash studio, it was pretty claustrophobic and hot. We went in and knocked about loads of ideas.”

Initially conceived in Hong Kong, during downtime following a cancelled show in Japan, the band spent five days laying down ideas, then enlisted producer Stephen Street to develop them. Albarn described the album as similar in style to the music David Bowie made during his mid 70’s Berlin period. He said: “There’s nothing pastoral about it - it’s very urban.”