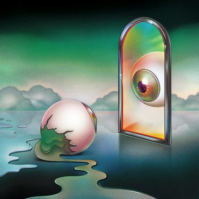 Nick Hakim‘s debut full-length album Green Twins follows his breakthrough Where Will We Go, Pt. I and II EPs that were self-released on his Earseed Records and praised by the New York Times, NPR Music and more. Green Twins is an experimental step forward with emotional heft gleaned from his experiences in the years since. Intimate first single Bet She Looks Like You, was recorded mostly in the New York-based singer-songwriter’s home bedroom, and was one of the first songs that saw Hakim embrace his new experimental way of songwriting and recording. The record draws from influences spanning Robert Wyatt, Marvin Gaye and Shuggie Otis to My Bloody Valentine. “We wanted to imagine what it would have sounded like if RZA had produced a Portishead album. We experimented with engineering techniques from Phil Spector and Al Green’s Back Up Train, drum programming from RZA and Outkast, and were listening to a lot of The Impressions, John Lennon, Wu-Tang, Madlib, and Screaming Jay Hawkins.”